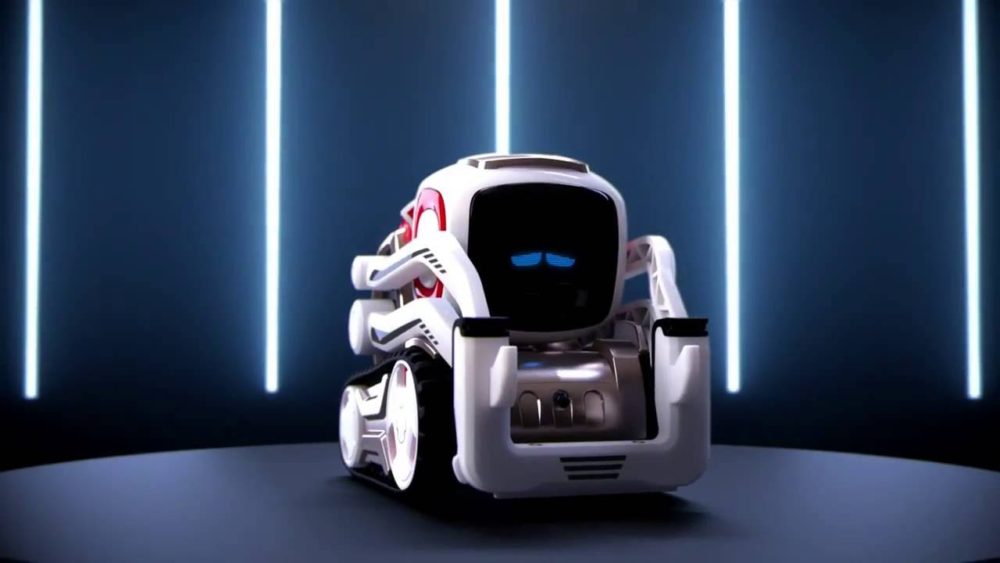 For everyone wondering about a potential Anki comeback, don’t get your hopes up. Starting today and running through June 20, the assets inside Anki’s 40,000-square-foot office in San Francisco are being auctioned off.

This is one of many signs that indicate there likely is no future for the consumer robotics company. Anki’s demise has been, unfortunately, one of the most popular topics covered by The Robot Report. I have never received more emails about a story than I have since the Anki news broke on April 29, 2019. Here is what The Robot Report has learned about Anki’s struggles since announcing the shutdown.

Silicon Valley Bank (SVB) has had a security interest in Anki’s copyrights, patents and trademarks since March 30, 2018. To receive a loan from SVB, Anki had to put up its intellectual property as collateral. If Anki failed to repay the loan, SVB has the right to seize the collateral to make up for the money it lost in the loan. Here is a copy (PDF) of the security interest contract between Anki and SVB.

The Robot Report has not seen the Loan Agreement between Anki and SVB, so it’s unclear exactly what SVB has to do to foreclose on the IP. But SVB has zero interest in running a consumer robotics business. If and when it forecloses on the IP, SVB could sell the assets to try to recoup part of its financial loss.

Anki raised more than $200 million since it was founded in 2010. A lawyer, who specializes in IP and wished to remain anonymous, told The Robot Report that Anki’s agreement with SVB was likely its “last option if it couldn’t raise further equity investment.” The source also said it’s very unlikely a major company would purchase the assets due to all of Anki’s prior struggles.

This is very similar to how Jibo’s story ended. Jibo’s assets were acquired by New York-based investment management firm SQN Venture Partners in June 2018. Jibo remained fully functional until March 2019 when its servers were shut down.

A former Anki employee told The Robot Report a strategic partnership, which could have bridged the gap to the next robot, “fell through at the last minute.” The source would not disclose details about the partnership, but later said Anki was not interested in developing a one-off, licensed robot in partnership with a well-known brand, which is a popular move among toy companies.

For example, Sphero had a licensing agreement with Disney that lasted three years and included branded BB-8 and R2-D2 robot toys. Another investor, who wished to remain anonymous, said licensing deals like this are good short-term strategies, but not a long-term way to build a sustainable business. This Jibo robot is part of Anki’s assets that are being auctioned off. | Credit: Silicon Valley Disposition

Anki had prototype of next robot

A source with knowledge of Anki’s situation told The Robot Report that Anki already had a prototype of its next consumer robot. This product would follow Vector, Anki’s second-generation social robot for the home.

The former Anki employee and another investor both said Vector sales were disappointing. Anki said it had sold more than 1.5 million robots as of late 2018. The company said it made nearly $100 million in revenue in 2017 and expected to exceed that figure in 2018.

It also lists the unpaid invoices, which date from August 2017 to May 2019. The account statement as of May 22, 2019, according to the filing, lists 79 unpaid invoices for a total of $84,960.02. Multiple attempts to reach Fisher & Richardson have gone unanswered.

Perhaps another warning sign of Anki’s troubles occurred when Marc Andreessen of Andreessen Horowitz and Danny Rimer of Index Ventures left their director roles at Anki. Crunchbase reported this in September 2018, writing that Anki filed a “Series 1” venture round that could have indicated the company recapitalized.

Investopedia lists another, less alarming reason to recapitalize, saying it could “provide venture capitalists with an exit strategy.” However, Anki is not listed under “Exits” on Andreessen Horowitz’s website.

Andreessen Horowitz was one of the main venture investors in Anki since February 2012. In a blog on June 10, 2013, announcing its investment in Anki, Marc Andreessen, co-founder and general partner at the venture capital firm, wrote that “keeping my mouth shut about this company for 16 months has been one of the hardest things I have had to do since we started our firm! Anki is one of those companies that has an exciting story on top and then a profound story underneath.” The former Anki employee told The Robot Report that a makeshift career fair was held at Anki’s office days after the employees found out Anki was going out of business. According to the source, companies in attendance included Apple, Google, Microsoft and Sonos.

Anki recently posted a statement to its website addressing its shutdown and ongoing support for its robots out in the world. Though it doesn’t rely on the cloud for autonomy, Anki said Vector uses the cloud for software and firmware updates as well as natural language processing for voice commands. And voice commands were a big differentiator for Vector, which was Anki’s first robot that wasn’t tethered to a smart device. Vector also used the cloud to get smarter over time via machine learning.

The Robot Report has reached out on multiple occasions to Anki, including co-founders Hanns Tappeiner and Boris Sofman, but has not heard back. We will update this story if new information becomes available.

Steve Crowe is Editorial Director, Robotics, WTWH Media, and co-chair of the Robotics Summit & Expo. He joined WTWH Media in January 2018 after spending four-plus years as Managing Editor of Robotics Trends Media. He can be reached at scrowe[email protected]