The world’s first robot brothel is in Barcelona; a sex doll maker is taking pre-orders for animatronic heads attached to sex-providing bodies; one maker is offering a resistant persona which ethicists are equating to rape mode. Lots of headlines and titillating photos. What is really going on?

It’s true that sex robots will someday happen, much as we imagine (if we let ourselves imagine). But it’s also true that we won’t see those imagined sex robots now or in the next few years. What we will see will be body-perfect mannequins with vibrating orifices, talking heads, and lots of hype.

Movies definitely play a role in inciting excitement and interest. Movies like The Stepford Wives, where women were designed by men to be the ideal housewives, as well as docile, submissive sex slaves, and in the more recent Ex Machina, the lead character not only passes the Turing test but makes her examiner fall dangerously in love with her. That’s a lot of movie fiction to fulfill.

Marketing and the Hype Factor

In relation to sex robots, both truisms are wrapped up into one 60-80 pound bundle of… sexual excitement. As a consequence, hundreds of articles about sex robots appear each month all over the world, often initiated by a visit from an excited reporter and photographer to one of the doll producer’s facilities, with their articles syndicated or excerpted ad infinitum.

A small-scale (263 heterosexual men surveyed) 2016 study by the University of Duisburg-Essen found:

Some Facts About Sex Robots

It’s true that LumiDolls opened and then closed a robot brothel in a storefront in Barcelona. LumiDolls called it a sex dolls agency. The bordelo was staffed by four very realistic sex dolls available at $84 per hour. LumiDolls faced opposition from the local sex workers union, surrounding residents, local government, and their landlord. When police showed up in response to those 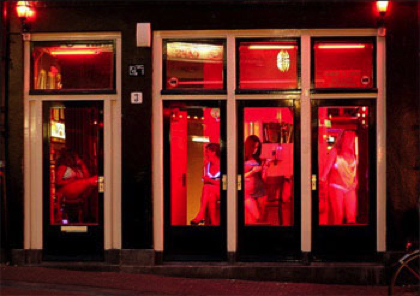 complaints, the bordelo had moved to a stealth location and LumiDolls said they were considering re-locating to the UK. LumiDolls website is still taking appointments for a ‘hidden’ Barcelona location – no appointments yet in the UK.

It’s also true that the Roxxxy robot by TrueCompanion comes with various programmable personalities including “Wild Wendy”, “S&M Susan” and “Frigid Farrah.” The latter persona has been labeled “rape mode” by moralists and others (see ethics note below).

What is not true are those products marketed as ‘sex robots.’ Their products are more properly defined as semi-mechanical dolls. The mechanics are mostly involved with the doll’s three orifices.

There are, hype aside, a very few companies actually developing what could be considered sex robots although none, as presently conceptualized, would qualify as a real ‘smart robot’ as defined by the European Union (see EU smart robot definition below). In an in-depth article for The Guardian, Jenny Kleeman described the state of the companies involved in what she called ‘The Race to Build the World’s First Sex Robot.’ Included in the article is an embedded 16-minute video which describes the development at two of the companies attempting to build sex robots.

Abyss Creations/RealDolls ships around 600 dolls annually all over the world, priced from $4,400 for a small one to $50,000 for one customized for special requirements. 95% of sales are for female dolls.

From reading articles about technological progress, Abyss appears to be the farthest along in developing a sex robot. Abyss is the parent company for the RealDolls brand of sex dolls and the home of the developmental sex robot head and associated AI and app which they have branded Realbotix. Harmony is the name of their first robot to use the Realbotix AI and head. Five people work with Matt McMullen, Abyss’ founder and CEO: an engineer who creates the robotic hardware; two computer scientists to handle the AI and coding; an app developer who is turning the code into a user-friendly interface; and a virtual reality expert. McMullen is designing the doll named Harmony.

Quoting from The Guardian article: “The AI will learn through interaction, and not just learn about you, but learn about the world in general. You can explain certain facts to her, she will remember them and they will become part of her base knowledge. Whoever owns Harmony will be able to mould her personality according to what they say to her. And Harmony will systematically try and find out as much about her owner as possible, and use those facts in conversation so it feels like she really cares.”

The current model, with a robotic AI-enhanced head on a RealDoll body, will cost $15,000 when it goes on sale at the end of the year. The company’s Realbotix department also announced that it has the capacity to make 1,000 heads for the many doll owners who have expressed interest in upgrading their dolls with the new head.

TrueCompanion, a New Jersey maker of male and female sex dolls, is headed by Douglas Hines, an ex-AT&T computer professional who started TrueCompanion to develop a sex robot and also TC Systems to transfer some of his technology and software breakthroughs into the healthcare world.

Pulled from the product line for many years, an updated, refined, more capable and renamed Roxxxy is advertised as under development and available for pre-order on the TrueCompanion website.

DS Doll, a Chinese manufacturer of sex dolls, is researching how best to develop a robotic version of their dolls but are not describing what they are doing nor indicating when the new robots will be available. Prototypes, however, have showed up in Australia for media review and in Vienna at a brothel and are capable of conversation and facial expressions. Although the doll bodies are fully flexible, no robotic mobility other than facial gestures has thus far been shown.

Synthea Amatus SL, a Spanish startup headed by nanotech PhD Sergi Santos, has developed a talking head to go with their Chinese sex dolls. At present, the talking head is under development and only for show; not for sale.

European and British academics have warned that we must be ready to grapple with unprecedented ethical complications as sex robots develop.

The most recent example is the Roxxxy robot by TrueCompanion. She comes with various programmable personalities including “Wild Wendy”, “S&M Susan” and “Frigid Farrah.” If you set Roxxxy to Frigid Farrah mode, and touch her in a private area, “she will not be too appreciative of your advance” says the manufacturer.

This proved fodder for a strident essay in the New York Times about the dangers of robots that can’t give consent and might end up “normalizing rape by giving it a publicly acceptable face.”

On May 16, 2017, the European Commission published a paper announcing a series of regulatory and policy initiatives in response to the European Parliament’s resolution on European civil law rules on robotics of February 2017. These rules will affect the EU’s ability to regulate on product liability, product safety, and to develop certification and insurance schemes for autonomous cars and AI in healthcare.

They began by defining four areas where smart robots are prevalent: driverless vehicles, robotic prostheses (and exoskeletons), surgical robots, and robot companions. From these four applications they defined five descriptive features of smart robots: autonomy, human-robot interaction, nature, environment and task. From these five features, they agreed upon the following characteristics of a “smart robot”: