When Abundant Robotics, an agricultural robotics company, shut down in mid-2021, it cited a lack of funding and market traction as the two primary challenges. But that didn’t scare away product development incubator Wavemaker Labs, which in October 2021 acquired the intellectual property (IP) of Abundant Robotics for an undisclosed amount.

Wavemaker Labs has now relaunched the company as Abundant Robots. And it is discussing some of the core changes it’s making, besides leadership, to ensure this iteration of the fruit harvesting robotics company survives. No employees from the shuttered business have yet joined the new team, although Wavemaker does communicate with some of the former founders.

Abundant, which spun out of SRI International in 2015, is developing a harvesting robot that initially targets apples. The robot combines computer vision and a vacuum end-effector to suck ripe apples off a tree.

Wavemaker Labs founder and CEO Buck Jordan shared a couple of reasons he thinks things will be different this time around.

Jordan wants to improve customers’ return on investment (ROI). Improving the system’s picking skills is one way to do that. Jordan said the technology could be expanded to other tree fruits over time, including peaches and pears, to increase the system’s utilization.

The team also plans to improve the pick rate of the system. The system currently picks one apple every 1.5 seconds. Jordan said the team is working at cutting the pick time one apple every second.

“Reducing the time to pick will increase throughput,” Jordan said. 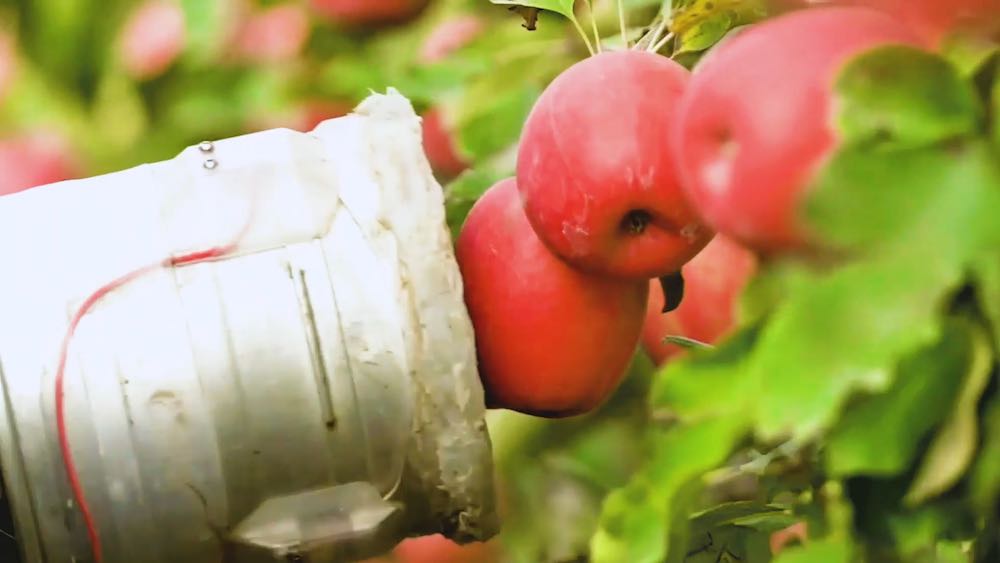 Abundant’s robot is being redesigned for manufacturability. Jordan said there’s an easy path to cost down the system to under $100K without compromising performance.

“The previous team picked the most expensive option every time when building their prototype,” Jordan said. “That’s a very common pitfall in robotics. If you took apart the previous bill of materials, you’d find the Porsche of motors.”

Jordan also said the previous team spent a lot of time and energy building ancillary technology, such as autonomy, that today is readily available for use.

“The previous team built great technology. The method for harvesting and computer vision are incredibly valuable,” Jordan said. “We’ve had companies already approach us looking to buy this. They got the prototype passed the ‘does this work question.’ Now it’s time to cost it down. It’s a shame that they didn’t make it.”

Jordan said a new prototype of the robot could be ready by mid- to late 2023. If commercialized, Jordan said it will likely be under a robots as a service (RaaS) model since apple harvesting takes place during limited time frames around the world.

Abundant is raising up to $20 million in Seed capital (at a $40 million valuation) via equity crowdfunding site WAX. The acquisition also improved Wavemaker’s agtech portfolio, which also includes Future Acres. Future Acres develops a mobile robot, called Carry, that can transport up to 500 lbs of crops around a farm.

Future Acres is looking at integrating Abundant’s computer vision and vacuum-based end effector technology into Carry, which currently doesn’t have manipulation capabilities. Suma Reddy, CEO of Future Acres, appeared on The Robot Report Podcast in March 2021 to discuss the challenges farmers are facing today and how automation can help.

There isn’t a ton of competition when it comes to apple-picking robots. FFRobotics and Tevel are two Israeli companies that come to mind. Tevel won an RBR50 Robotics Innovation Award in 2021 for its tethered drone that picks ripe apples from trees.

Jordan said most of the cost of an apple is due to the laborious harvesting process.

“This is an important company for the world,” he said. “There was a lot of amazing work done by Abundant Robotics. We’re going to pick up the torch and keep going.”