The Indy Autonomous Challenge (IAC) racecar, a Dallara AV-21 programmed by team PoliMOVE from Politecnico di Milano (Italy) and the University of Alabama (USA), set a new land speed world record of 192.2 MPH / 309.3 KPH at the historic Kennedy Space Center this week. Organized by Energy Systems Network, the primary goal of the IAC is to solve real world problems by advancing technology that will speed the commercialization of fully autonomous vehicles and deployments of advanced driver-assistance systems (ADAS).

The speed run at Kennedy Space Center, located on Merritt Island, FL, occurred during the same week as the annual AUVSI Xponential 2022 event was happening in Orlando, FL. The IAC presented the Dallara AV-21 vehicle at the AUVSI event, a showcase for unmanned ground, aerial and marine vehicles. The Dallara AV-21 is a purpose built autonomous racecar, with a chassis derived from the Dallara Indy Lights, a human-driven racecar designed for the Indy Light racing series.

“Congratulations to the PoliMOVE team for making the Dallara AV-21 the fastest autonomous racecar in the world,” said Andrea Pontremoli, CEO and general manager, Dallara. “This record run sets a new bar for the top speed capabilities of autonomous competition vehicles, and we are thrilled to be a part of this future. Dallara is also very proud to partner with leading software and engineering industries working together with the best universities of the world to contribute towards the development of fully autonomous transportation.” 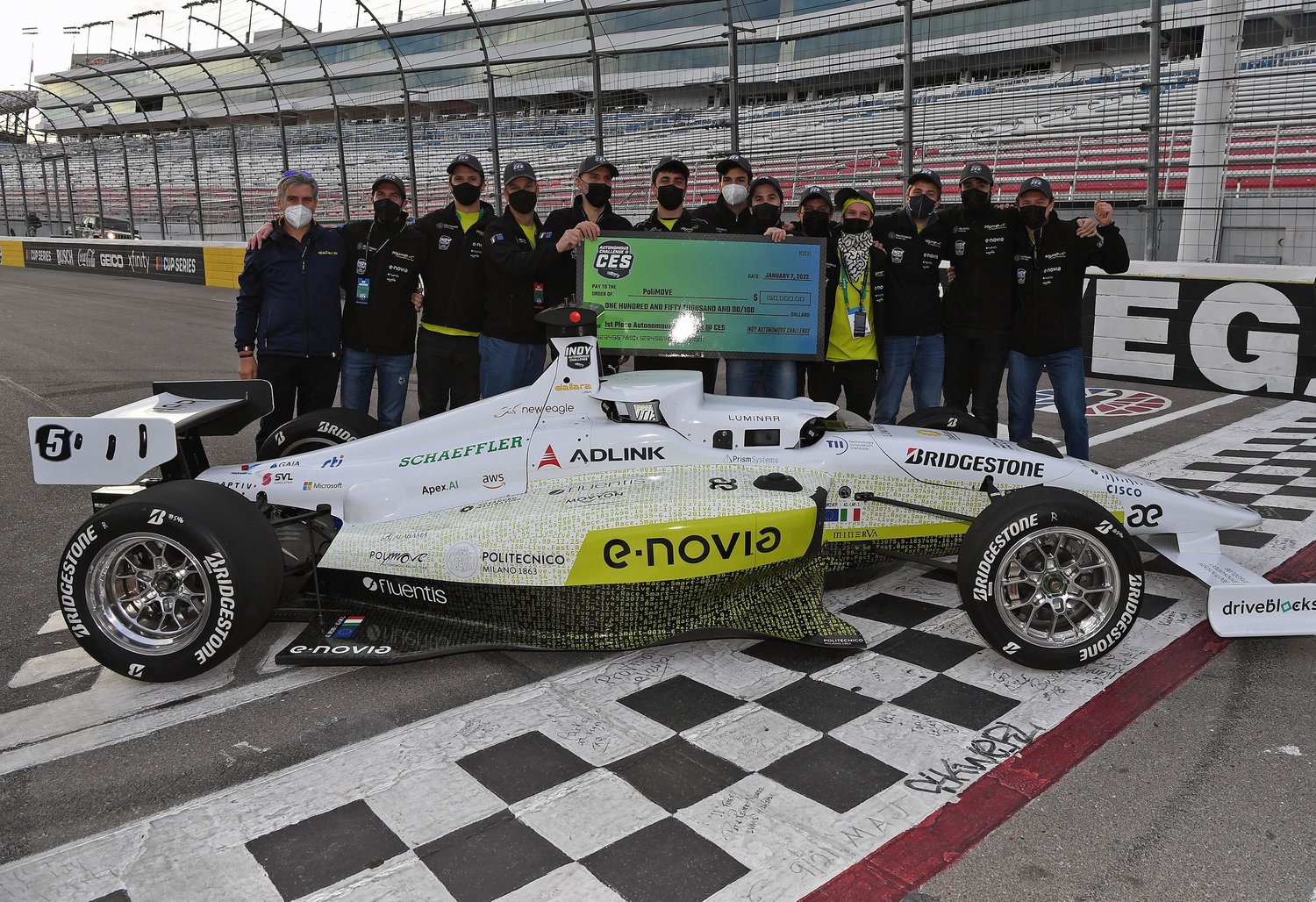 Team PoliMOVE won the Autonomous Challenge at CES in January 2022, and made history as the first head-to-head autonomous racecar competition champion. During the CES event competition, PoliMOVE set the fastest speed record on an oval with a top speed of 173 mph. The team also competed at the inaugural IAC event at Indianapolis Motor Speedway (IMS) in October, 2021. At that event, TUM Autonomous Motorsports recorded the fastest 2-lap average speed of 135.944 mph on the famed IMS Oval.