Skyward has signed a Memorandum of Agreement (MOA) with the FAA to test cellular-connected drones. | Image credit: Skyward

Skyward, a Verizon company, has signed a Memorandum of Agreement (MOA) with the Federal Aviation Administration (FAA) to test cellular-connected drones. This announcement reaffirms that drone technology like the software developed by Skyward is one of the innovations needed to empower cellular-connected drones to unlock complex operations like beyond visual line of sight (BVLOS), universal traffic management (UTM), and one-to-many operations.

Titled “Unmanned Aircraft Systems (UAS)—Cellular Technologies to Support UAS Activities,” the MOA enables Skyward and the FAA to mutually research the capabilities of cellular communication networks for command and control (C2) within the National Airspace System. Partially focused on safety-critical C2 data, the three-year MOA also allows the two groups to propose standards for operations, including BVLOS and over commercial wireless spectrum. Skyward and Verizon will also be using the data and information collected in the course of the MOA to inform its discussions on C2 and BVLOS operations in the FAA’s BVLOS Advisory and Rulemaking Committee.

“Cellular-connected drones play a critical role in enabling tomorrow’s safe, reliable, and secure drone operations,” said Matt Fanelli, Director of Strategy and Operations at Skyward, A Verizon company. “We are thrilled to be laying this foundation with the FAA and are confident that our efforts will help inform technical standards from which industry regulations authorizing low-risk BVLOS and one-to-many operations will flow.”

Today, most commercial drones use unlicensed spectrum, which is restricted in range and subject to interference, limiting its use for complex operations. Verizon’s 4G LTE nationwide coverage, provided over spectrum protected from interference, presents an enormous opportunity for drone operations. The MOA will inform regulations regarding spectrum used in the C2 link between the drone operator and drone. The MOA will also facilitate information sharing between the FAA and Skyward, leveraging Verizon’s wireless network expertise, as the parties continue to explore how wireless networks can support drone operations. 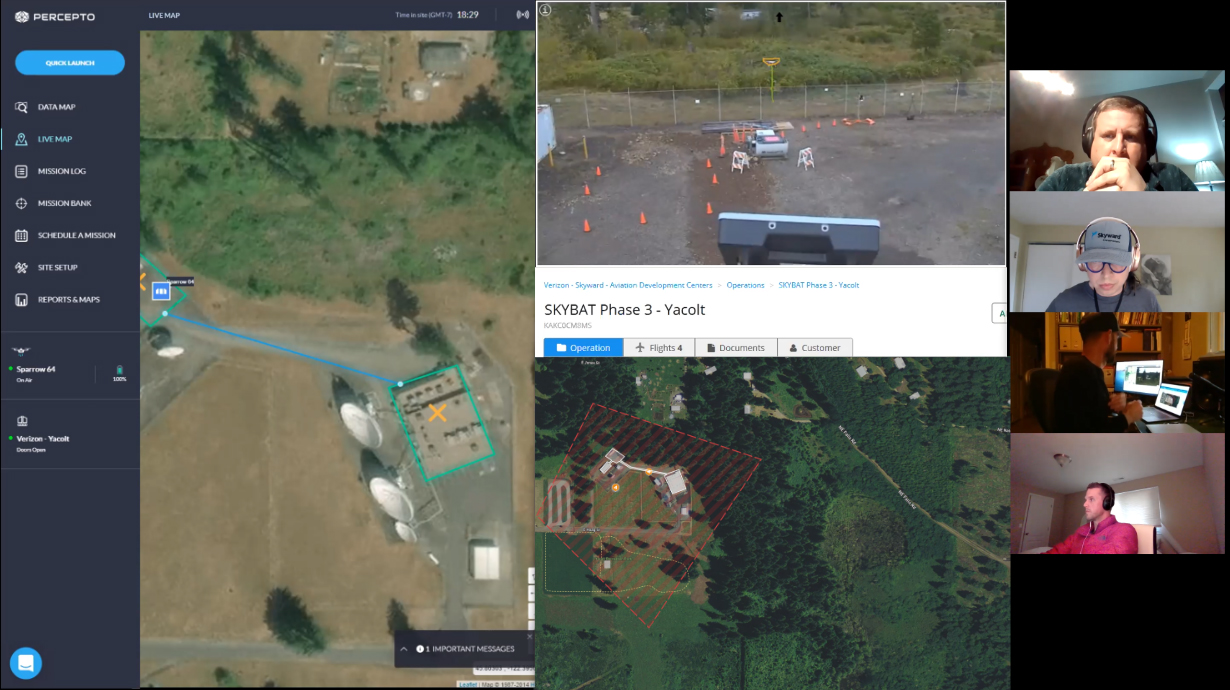 The MOA is inspired by the previous industry collaborations with the FAA but is intended to address complex UAS operations through joint data collection and analysis. The agreement also follows Skyward’s announced emergency waiver to inspect critical communications infrastructure near the Big Hollow wildfire in Washington in September 2020. The industry’s first known fully remote BVLOS operation with no pilot or visual observer on site demonstrated low-risk operation as well as a need for analyzing and sharing fully remote data with standard bodies and the FAA.