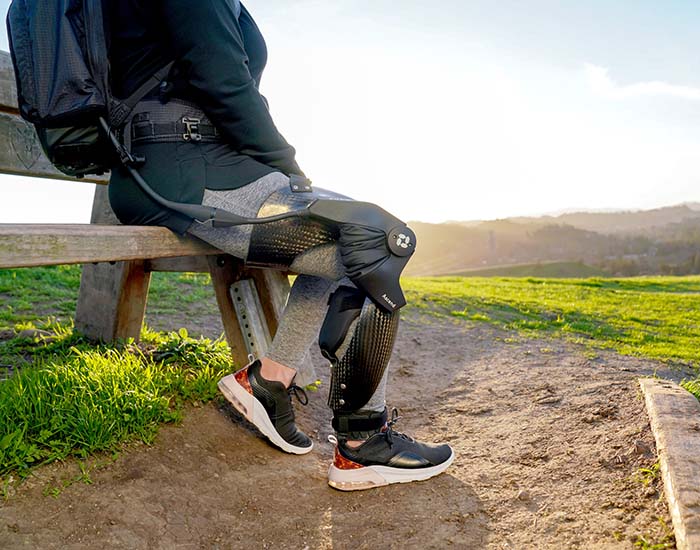 Roam Robotics is partnering with the San Francisco VA Health Care System and the Northern California Institute for Research and Education to study the impact of its Ascend robotic knee brace on the veteran population.

Ascend is intended to help those with knee pain, particularly those who struggle with osteoarthritis, perform everyday tasks, like walking, going up stairs or standing up. The brace is made with lower cost, lightweight materials, making it easier to use and more accessible.

“I am excited to evaluate Roam Robotics’ Ascend powered knee-brace in veterans with knee osteoarthritis who experience considerable knee pain when performing day-to-day activities,” said Dr. Alfred Kuo, chief of orthopedic surgery at the San Francisco VA Health Care System “Veterans suffer from musculoskeletal conditions such as knee arthritis at higher rates than the general population. We don’t have great treatment options for many of these patients, especially ones who have moderate disease. The Ascend brace has the potential to substantially improve pain, stability, and function.”

The brace provides support for extending and bending movements using a pneumatically-powered actuator. The knee brace is controlled by a SmartPack worn by the user. The SmartPack controls both the pneumatic and electrical power for the device and a microcontroller that runs the system.

“Roam’s technology has been proven previously to provide benefits to a wide variety of patients suffering from knee pain, weak quadriceps or instability,” said Sujit Dike, vice president at Roam Robotics. “We are very excited about this partnership with the San Francisco VA. It can further validate the potential impact of Roam’s technology in addressing an enormous and growing challenge for the Veteran population.”

Roam Robotics was founded in 2013 by Dr. Tim Swift. The company introduced Ascend in April of 2021. Ascend is Roam Robotics’ first commercial product. Previously, it worked with the U.S. military on Forge, an exoskeleton used to increase soldiers’ endurance, speed and strength. Roam Robotics is also working on a robotic skiing exoskeleton called Elevate.

Ascend can be preordered now, but the product is expected to be available to customers in July 2022.