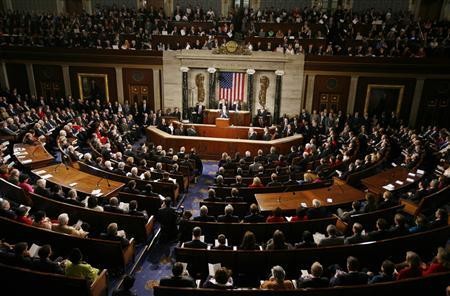 I was disappointed with the section of President Obama’s 2011 State of the Union speech regarding investing in selected new technologies for future growth.

I had hoped he would use the word “robotics” and include the necessity for an American robotics industry in his speech and it is unfortunate that he did neither. That he focused his investment scope to exclude robotics might just be the death knell for the American robotics industry because, without national strategic focus, things will go on as they have… VERY slowly and very dependent on Space and Defense for research dollars.

A thriving robotics industry provides jobs, helps the nation increase efficiency, profitability and productivity and upgrades the mix of workers involved. Yet America doesn’t presently have a national robotics agenda. Europe does. Japan does. Korea does. And each of these countries is gaining success and momentum worldwide.

Although the government is beginning to wake up and push for an expansion of robotics education in schools with the DARPA-funded FIRE (Furthering Innovation through Robotics Exploration) program at Carnegie Mellon and the NSF-funded DARwIn-OP project at Virginia Tech, these and similar programs, by themselves, are not enough for our country to maintain its competitive technological edge. We need a national robotics policy that is specifically articulated in a clear call to action by our executive branch, and we need backing of such a program by Congress.

Pres. Obama was inspiring in his speech and his directness to the issues of the day, and his reference to a Sputnik II moment was wonderful as he attempted to address the need for American students to become involved in STEM (science, technology, engineering and math) programs. This is a serious issue and a major difference between America and all of the other countries in which robotics flourish: STEM education takes extra dedication, energy, time and persistence which is not happening with American students; in fact there seems to be resistance to pursuing a career in science (except for a career in medicine, or on the business side of math – as a quant – which, even today, still equates to enormously big bucks.) The Sputnik reference was eloquent but, at least for robotics, empty.

He missed some great technology examples.  One that I find particularly illuminating is the effect that the technology inside Microsoft’s new Xbox Kinect device has had. Kinect is a controller free gaming and entertainment experience. It enables users to control and interact with the Xbox 360 game system without the need to touch a controller, through a natural user interface using gestures and spoken commands. Not only have sales of Xboxes exploded but so have the applications and uses – and sales – of the cameras and depth-perception software inside the Kinect. iRobot and WillowGarage are using the $50 Kinect innards in lieu of LIDAR range-finder machines costing upwards of $5,000. Check out iRobot’s new AVA concept robot. Hackers and inventors worldwide have been finding new uses for the Kinect that Microsoft didn’t even dream of. Now that’s inspiring!

There are many things happening in robotics in America. There’s work underway – with some successes thus far – to get an American robotics roadmap funded and implemented and there’s been a steady trickle-down effect from the research dollars spent on defense and space by NASA, DARPA and the DoD. Medical robotics are on a tear. There is independent investment as well. In Wisconsin, Indiana, Georgia, Massachusetts and Alabama, state-, corporate- and educationally-sponsored Robotic Centers are springing up to provide training in the programming, repair and maintenance of robots, as well as for research and testing. Alabama’s recently opened Robotics Technology Park is a serious $73 million three-pronged endeavor to provide (1) an industry training program where technicians will be trained to work on robotic machinery; (2) a test facility for NASA and the US Army for research and testing of leading edge robotics for defense and space exploration; and (3) a facility to allow start-up companies to build and adapt robots for new industries. Imagine if this kind of state-inspired public-private forethought were done on a national level… now that’s a Sputnik II moment.

Alison Diana at InformationWeek just did a piece on 12 Advances in Medical Robotics but failed to note that 2/3 of the vendors were not American.  Eight out of the 12 were Japanese, Korean or European. The ratio of industrial robot providers in America is even worse: although integrators, engineers and consultants tend to be American-owned, the major robot providers (KUKA, ABB, Comau, Denso, Schunk, Motoman, Daihen, Reis, Fanuc) are all foreign-owned. That is also a Sputnik II moment.

In South Korea, robotic guides and docents patrol the Presidential Museum as 70,000 monthly visitors experience an advertisement of the nation’s cutting-edge technologies that made it a global leader in chips, mobile phones, TVs, display panels, and robotics that combine them all. South Korea is into the 5th year of a 10-year $1 billion investment in robotic technologies with a series of national goals endorsed by their President.

An example of how a nationally-directed strategic program works is when a shortage of English teachers compelled the South Korea government to use robotic teachers. They are deploying them in 500 preschools in 2011, and 8,000 preschools and kindergartens by 2013. It helps address the lack of English teachers in rural areas or remote islands. Learning English represents a necessary educational step for competitive South Korean students, and especially those aiming to study abroad at major universities in the U.S. Now that’s a Sputnik II moment.

This is what was missing from President Obama’s speech: the recognition that part of the underbelly of America’s productivity and efficiency is automation and robotics. It’s a very necessary industry which needs national direction. Mark Ingebretsen, the new editor of Robotic Trends Business Review,  adds an additional dimension to Pres. Obama’s exclusion of robotics, “the robotics that drive America’s economy and defense will be in the hands of other countries that have spent the early 21st century developing robot technologies.”

President Obama’s call for action using the Sputnik II example is moot in relation to robotics without the formulation and acceptance of a roadmap and the establishment of a public-private consortium to implement it fully.  A roadmap was presented in May, 2009 and some of it’s provisions are slowly making their way through the halls of Congress.  But there is no executive leadership thus far.  If there were, Pres. Obama’s Sputnik II moment would be a true call to action instead of pointless rhetoric.