Manufacturing is not merely about giving people jobs. The next generation of technological innovations is intimately tied to production processes. (MIT Technology Review)

With much fanfare, and a trip to the Carnegie Mellon Robotics Institute, President Obama launched a new Advanced Manufacturing Partnership (AMP) which includes an initiative for robotics in the form of a $70 million strategic plan focused on enabling new abilities for factory workers, healthcare providers, soldiers, surgeons and astronauts to carry out key hard-to-do tasks with co-robots… small, safe, easily trainable and flexible lightweight helper robots as developed by the SME Project in Europe and in development by Heartland Robotics in the U.S.

From early in his presidency, Pres. Obama has emphasized the need for manufacturing in America — but he didn’t specifically mention or include robotics until earlier this year. When the first manufacturing initiative was declared, the word robot or robotic wasn’t uttered once.  Nor were those words included in the two stimulus packages.

Robots will change the way we work. They will have intelligence and awareness. They will be teachable, safe and affordable. They will make us productive in ways we never imagined.

Robots will change how we think about manufacturing. [Heartland Robotics website] 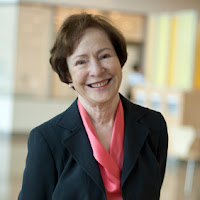 Over the past 25 years, a fundamental change in the structure of production has taken place, as digitization and modularity have made it possible to separate R&D and design from production in industries where these functions had previously been integrated within corporations. The experiences of successful firms over the past 30 years make it plausible to think that manufacturing can be outsourced and offshored without any damage to the engines of innovation.

Given the spectacular success of companies like Apple and Dell, they were obvious models to emulate. Their example suggested that advanced industrial countries should focus on their comparative advantage in R&D, design, and distribution and leave manufacturing to less developed countries, with their large reserves of less educated, less demanding, low-wage labor.

[However], companies in wind and solar, biotech, new materials, batteries, and other emerging technology sectors suggests a number of reasons to question whether the IT paradigm will be workable for them. Already it appears that the challenges in scaling up these activities from laboratories through startups into full production of new products and services are different from the issues that software or electronics companies face in their transition from product idea to market. One obvious difference is that scaling up requires much more capital. Indeed, much of the most promising R&D and innovation in solar power involves cheaper and more efficient ways of manufacturing photovoltaics, a relatively mature technology. Companies such as Suntech have become major players in solar power by leveraging advanced manufacturing technologies.

A case for optimism is that radically new manufacturing technologies do appear to be within reach. The demand for new, cleaner energy sources, to name just one example, promises huge markets for technologies that can be manufactured cheaply enough to compete with fossil fuels. But for these ideas to be translated into advanced manufacturing and robust industries, we will require new policies—built on an understanding of why manufacturing really matters.

Thus the timing of President Obama and the launch of AMP.  Last year, with the help and prodding from the AMRON group of educators and automation executives, and by Henrik Christensen and his Roadmap for Robotics, the new Advanced Manufacturing Partnership (AMP) was crafted and budgeted. With it’s $70 million for robotics, it is patterned along the lines of public-private partnerships in the EU and throughout Asia: consortiums of research facilities, corporations and interested political figures, working together to achieve strategic breakthroughs that will roll out quickly.

While the last 25 years saw tremendous progress due to the Internet, the next revolution is considered to be robotics. Robotics has the potential to be a real-game changer for job growth and quality of life. Today the big commercial robotics programs are in Europe, Japan and South Korea. Through the National Robotics Initiative, the U.S. can regain the leadership position both in terms of basic research and application of the technology to secure future growth. [Dr. Henrik Christensen, KUKA Chair of Robotics at Georgia Tech]

On the downside, and a personal fear, is that politics is likely to thwart AMP’s positive attributes by withholding the money that it takes to make things happen. There are many examples of this and the most recent is the Data.gov (Open Government Initiative) which was to upgrade and reform government databases and computer systems and make them transparant and available. It started with a bang and has done well but has lost much momentum because it’s budget has been cut to less than 25% of what it was. Vivek Kundra, America’s CTO, and the head of the program, resigned. 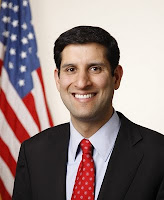 Not surprisingly, Kundra resigned. Why preside over a portfolio of shuttered initiatives? In a phone interview, Kundra acknowledged that he is worried about the program’s funding, but told me that he believes that the open data initiative has so much momentum that it is unstoppable, echoing the sentiment issued in his formal statement that he is “confident progress will continue.”

Whenever a program loses its key evangelist, it normally dies. The Open Government Initiative is likely to suffer a slow, inevitable death. [Washington Post]

* * *
Not addressed in either the AMP or Robotics Initiative are the problems Americans face as their youth choose not to go into careers involving science, technology, engineering and math (STEM).  One young high school teach from Santa Barbara, CA is a practicing contrarian of that point of view and his story can be found here. His message is worth reading.  He’s a very persuasive and inspiring young man with an inspiring track record of successes.