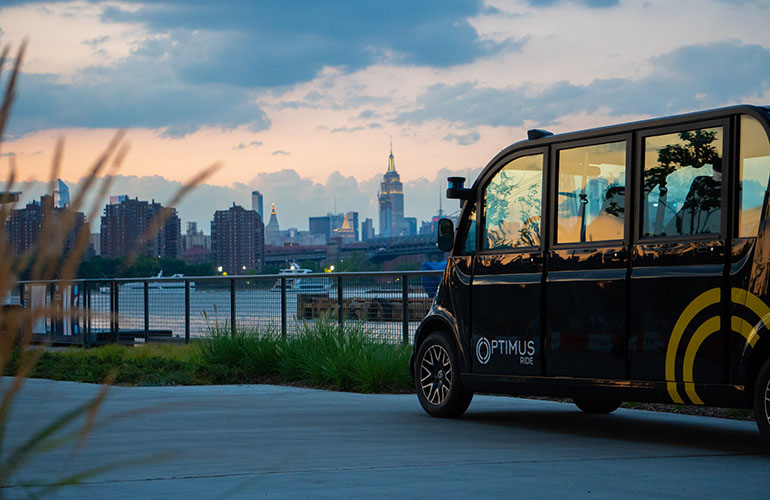 Magna International, a Canadian developer of car mobility technology, has acquired the technology, intellectual property, and other assets from Optimus Ride, a Boston-based company developing SAE Level 4 autonomous vehicles (AVs). Magna is adding more than 120 Optimus Ride employees to its team. The company plans to use their expertise to enhance its capabilities in advanced driver assistance systems (ADAS).

Optimus Ride opened its doors in 2015 after spinning out of MIT. Its goal was to create shared, electric, neighborhood-friendly AVs. Its first prototype, a low-speed, electric, autonomous shuttle was unveiled in 2016. The employees from Optimus Ride will remain in Boston, creating a Boston-based engineering center for Magna. Optimus Ride will no longer operate as a company.

The Robot Report reached out to Optimus Ride co-founder Ryan Chin for more information. Chin’s LinkedIn profile currently lists him as co-founder and COO of Tram Global, as well as his Optimus Ride duties. If we learn more, we’ll update this article.

In 2017, Optimus Ride began testing its vehicles on the streets of Boston with early MassDOT AV approval. The next year it launched its inaugural pilot program for residential community mobility at Union Point in Weymouth, Massachusetts.

The company launched mobility services in Virginia and New York in 2019. In 2020, in response to the beginning of the COVID-19 pandemic, Optimus Ride repurposed its fleets to deliver over 6,000 free meals to those in need in Washington D.C.

In July 2021, the company was awarded $4.3 million by the Department of Energy to deploy its autonomous fleets and conduct AV research with Clemson University, UC Berkeley and Argonne National Labs.

According to Sean Harrington, CEO of Optimus Ride, the acquisition of Optimus Ride’s employees is part of a larger deal that includes the company’s assets, technology and underlying intellectual property.