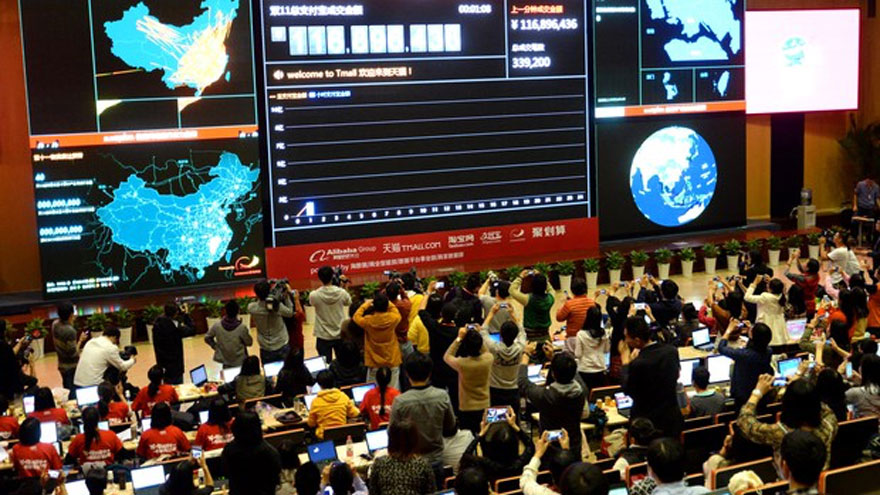 On Singles Day 2015, a holiday for the Chinese singles and youth market, Ecovacs Robotics sold $47 million worth of robotic products. Ecovacs only has three robotic products: a line of vacuum cleaners, a window cleaner, and a security and air purification device.

Ecovacs Robotic’s Deebot robotic vacuum cleaners sell for between $180Â and $500 in China;Â their robotic window cleaner sells for $350; and their Famibot mobile wifi and air purification robot is only available for pre-order. Dividing $47 million by $250 (which presumes that most of the Singles Day sales were vacuums) equals 188,000 robotic units sold on a single day! Much of those sales were sold online on Alibaba.Â Ecovacs is taking orders for their Famibot, the security, wifi and air purification mobile bot with no specific delivery date mentioned. Deebots and Winbots are available for immediate delivery online with Amazon and Ecovacs Robotics.

The phenomenon of Singles Day was originally created by some college students in China as a special holiday to celebrate people who were not in a relationship â people who were essentially single. November 11, or 11/11, was chosen for the annual holiday, because no other date on the calendar has as many 1âs, or âsinglesâ.Â Alibaba has trademarked the Chinese double 11 symbol in their effort to make Singlesâ Day (11/11, November 11th) an international online shopping event. From Ecovacs point of view, they’ve certainly succeeded!

Alibaba Group HoldingÂ Ltd.Â âreportedÂ $14.3 billion in sales during Chinaâs Singlesâ Day. The results, posted by the Chinese e-commerce giant in the early morning hours on Thursday local time, were 54% higher than last yearâs Singlesâ Day and were better than many analysts had expected.