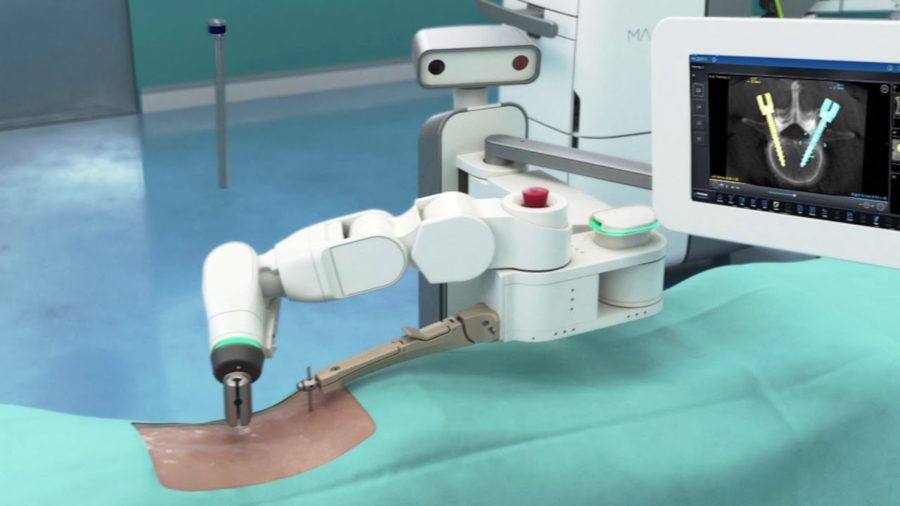 Medtronic has closed the $1.7 billion acquisition of Mazor Robotics and its robot-assisted surgery platform. Medtronic capped the buyout with the announcement that its first jointly produced product won an FDA nod.

Last month Caesarea, Israel-based Mazor said its shareholders voted to approve the $58.50-per-ADR-share deal with the world’s largest medical device maker, which has held a position in Mazor since May 2016. The company makes the Mazor X guidance system and the Renaissance robot-assisted spine surgery device. In September they closed the third, $40 million tranche of that investment, giving Medtronic a 10.6% stake for $72 million.

Medtronic, which has said it plans to develop a fully-integrated surgical planning, execution and confirmation system by uniting its existing spine technologies with the Mazor robotic system, also revealed 510(k) clearance from the FDA for the Mazor X Stealth device it co-developed with its latest acquisition. Mazor X Stealth integrates Medtronic’s StealthStation software into the Mazor X device, the company said.

“With today’s announcement, in bringing the two companies together Medtronic aims to accelerate the advancement and adoption of robotic-assisted surgery in spine for the benefit of patients, providers, and the healthcare system more broadly,” restorative therapies president Geoff Martha said in prepared remarks. “This is the latest example of our surgical synergy strategy, which we believe will transform spine care through procedural solutions that integrate implants, biologics and enabling technologies like navigation, 3D imaging, robotics and powered surgical tools.”

“Everything that happens in the operating room depends on the trained medical professionals who are there, and that will never change. However, the Mazor X Stealth Edition gives us a very powerful tool to plan our desired surgical procedure and help make sure the surgery takes place exactly as planned with a high degree of accuracy,” added Dr. Christopher Good of the Virginia Spine Institute. “Incorporating multiple modalities together, including computerized surgical planning, three-dimensional assessment of spinal anatomy, robotic guidance and live navigation feedback all in one platform leads to a synergy that makes my operating room much smarter.”

Medtronic said the deal is expected to “modestly” dilute its adjusted earnings per share for fiscal 2019.