2011 is a pivotal year for industrial and service robots. In fact, we may see the marriage of industrial with service robots to be used as assistants in manufacturing. The recent launches in Europe of pi4-robotics’ workerbot and Japan’s Motoman’s two-armed headless robot, and the anticipated 2011 launch in the U.S. of Heartland Robotics’ factory assistant robot are examples of this trend.

In manufacturing only through use of automation can we reduce the need to out-source. Our workers are not going to be more effective in doing manual labor, but with the right tools they can be more effective and the motivation to outsource less pronounced. Companies are starting to realize that once you start an out-sourcing process it may result in all of the process going off-shore. That happened in textiles and apparel and the poster child in the IT industry is the IBM ThinkPad transformation to Lenovo laptops. Also the disk drive industry had a similar move to Singapore.

To be effective, robots have to be lower cost and higher dexterity. We are starting to see this – and the cost of integration is also coming down.

The recently released 2010 robotics industry reports from the International Federation of Robotics said:

Dramatic advances in robotics and automation technologies are even more critical with the next generation of high-value products that rely on embedded computers, advanced sensors and microelectronics requiring micro- and nano-scale assembly, for which labor-intensive manufacturing with [low-skilled] human workers is no longer a viable option.

Here are some quotes from the Heartland Robotics website that are more real than hyperbole:

Today’s manufacturing robots are big and stiff, unsafe for people to be around, engineered to be precise and repeatable, not adaptable. Normal workers can’t touch them. 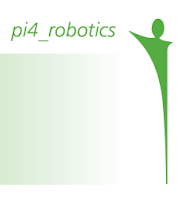 Our robots will be intuitive to use, intelligent and highly flexible.  They’ll be easy to buy, train, and deploy and will be unbelievably inexpensive.

Similar wording can be found on the pi4-robotics website and Motoman‘s.

Lest we forget, industrial robots encapsulate years of translating the skills of craftsmen to the mechanical capabilities of robots.  There’s no other way that robots could have replaced their human counterparts were it not for the fact that the robot can do the same task equal to or better than the human.

The know-how, where robots mimic human actions in the various aspects of the auto industry, represents decades of accumulated knowledge transfer by veteran craftsmen.

In welding, for example, the finish of welding varies, depending on the kind of metal used, its thickness and the power voltage. Craftsmen adjust the speed of welding by observing how sparks fly to get the best finish. From a story in Asahi:

About 10 years ago, Yasakawa (Motoman) started filming its craftsmen at work, using a high-speed camera to record their hand movements. The accumulated data was programmed into robots to enable them to perform tasks from several thousand options of welding that craftsmen had established over the years.

Because Yaskawa makes and uses robots at its main factory, it enables the company to pass along technical expertise from elders to their juniors.

“You can copy a robot, but not control technology that craftsmen created,” said Junji Tsuda, president of Yaskawa. “(Exporting robots) is like shipping the craftsmen themselves.”

“Chinese and South Korean makers are less likely to come up with such technology because they are more inclined to want results in the short term,” said Akira Yoshino, the engineer-inventor of the lithium-ion battery.

Presently, robots in manufacturing are, except for the auto industry and welding apps, mostly involved in post processing and packaging rather than in the manufacturing process. [This latter point is not to be minimized – in fact, it is a booming area of robotics: picking, packing, packaging, processing, sorting and warehousing.]

But not general manufacturing!

The near-term future will see the gradual appearance of multi-purpose, flexible, easily trainable robots. We are likely to see the bridging between the expert systems of the past and these flexible systems of the future – in manufacturing in 2011.

SME’s are the life-blood of the middle class and the area of greatest jobs growth.  SME’s create new jobs, contribute to the community, and produce needed products.

A few years ago, in Europe, the EU recognized the need to support SME businesses with improved robotics – robotics that were easily trainable, safe to work alongside, relatively inexpensive and flexible enough to handle all sorts of ad hoc tasks in any quantity. The EU invested in the development of SME robots because they felt that without their investment production efficiencies couldn’t be maintained and more and more manufacturing would move offshore. The SME project ended early in 2009 and the consortium members quickly brought products to market that address the needs of SME’s. These include two-armed robots, safety sensors and train-by-example programming. The EU also invested in the PiSa Project which had a similar goal.  The pi4-robotics “workerbot” mentioned above is the result of that effort. Motoman’s two-armed robot is an outgrowth of the SME project and is presently replacing older robots in the Mercedes factories.

America doesn’t have a national robotics agenda (roadmap) just yet even though there is effort in that direction. Congress was presented with a roadmap in May, 2009. There has been some movement from the Obama Administration’s Office of Science and Technology Policy including some SBA funding and some targeted areas of robotic development funding opportunities from five different government agencies. But robotics are not yet on the national agenda – there’s no U.S. Robotics Initiative as there is for other areas of development.

Nor is there a real training and retraining mechanism for keeping up with the changing technological landscape. Instead, we fear losing jobs rather than understanding that we will instead change the mix of workers (as is generally the case when robots enter the picture).  Yes we have FIRST programs, and interesting robo-competitions all oriented to interest students in STEM education. But we are very lax in our science education overall and really don’t have a national reeducation program for our workforce.

What America has is an entrepreneurial system of funding (which I described back in January (“Financing the Strawberry Project“)) supplemented by irregular special purposes like national defense (DARPA), homeland security and space exploration. If an inventor/business has a good enough idea to get past the angel investors and on to the real VCs, he/she will get enough money to get it off the ground.  It’s part salesmanship, part product, and timing, rather than an outgrowth of a national agenda to help society.

It’s great to wish Heartland Robotics well but it isn’t right that they are America’s only knight in shining armor (if it turns out that they really are). Also, if they are successful they will be contributing to the jobs issue by changing the mix of workers from low-skilled to highly skilled. Without a retraining program in place, there will likely be serious repercussions, a lot of bad press, and slowdowns.

Bill Gates, Samsung, the government of South Korea, Toyota, Ray Kurzweil and many others are predicting that there will be a robot in our homes, companies and cars in this decade.  It truly is a political issue – one of technological complexity, national importance and economic strategy – to make sure that we don’t derail ourselves with pettiness, greed, apathy and inaction.