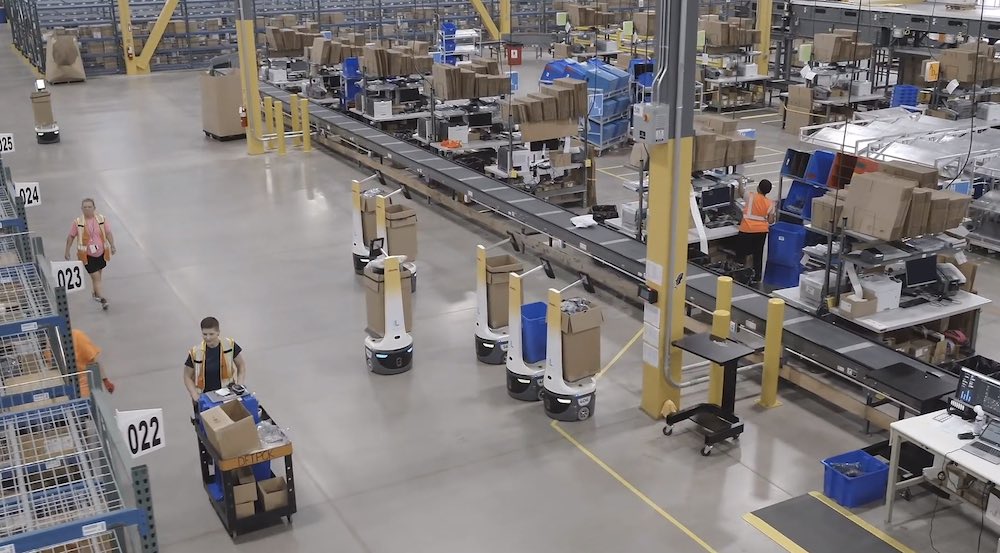 Locus Robotics and DHL Supply Chain are once again expanding their partnership. DHL said that by 2022 it will take on up to 2,000 of Locus’ autonomous mobile robots (AMRs) at its facilities across the world. If the partnership grows as planned, DHL would be “by far the largest customer for Locus Robotics worldwide.”

The two companies initially partnered in 2017 to pilot the LocusBot AMRs to support associates in piece-picking order fulfillment in warehouses. The AMRs navigate autonomously within a warehouse to locate items that are then picked by an associate. The robots can be deployed to support a range of picking strategies, helping to reduce time spent on routine or physically demanding tasks, reducing manual errors and increasing productivity for customers.

DHL said its initial investments in assisted picking robots have proven effective in commercially scaled operations. The COVID-19 pandemic has accelerated the growth of e-commerce. The picking process in e-commerce fulfillment plays a critical role in meeting customer demand.

“It is particularly important for us to be able to consistently optimize our supply chains – assisted picking robots are very effective in this respect,” said Markus Voss, Global CIO & COO DHL Supply Chain. “So far, more than 500 assisted picking robots are already in industrial use in our warehouses in the USA, Europe and the UK. By the end of 2021, another 500 robots are to be added in a total of more than 20 locations. The collaborative picking technology has clearly proven its effectiveness and reliability in modern warehousing. More locations have already been identified with concrete implementation roadmaps for the remaining robots, which we will deploy in 2022. However, the overall potential for assisted picking robots in our DHL warehouses is much bigger, so we are confident that we will meet the targets we have set ourselves together with Locus Robotics.”

DHL Supply Chain is one of the early adopters of robotics. In 2018, the company announced a multi-year plan to invest $300 million in emerging technologies in its North American operations. The company has rolled out an accelerated digitalization program that identified 14 target technologies – seven that involve collaborative robotics – that can be fast-tracked into customers’ operations. In September 2019, the company opened its Americas Innovation Center outside of Chicago that includes demonstration capabilities of robotics in warehouse, logistics and other areas of the supply chain.

In February 2021, Locus closed a $150 million Series E round of funding. The round was led by Tiger Global Management and BOND, and included support from existing investors. With a new $1 billion valuation, Locus became a unicorn company. Locus has raised about $255 million since it was founded in 2014.

Faulk recently said on The Robot Report Podcast that Locus’ revenue is between $10 million and $100 million. At the time, he said Locus had about 4,000 AMRs out in the field today and 40-plus customers, including CEVA Logistics, DHL, Material Bank, Boots UK, GEODIS, Port Logistics Group, Verst Logistics, Radial, and others. You can listen to that podcast below.