People say the darndest things! And some of those statements add to the puzzle that is Willow Garage. 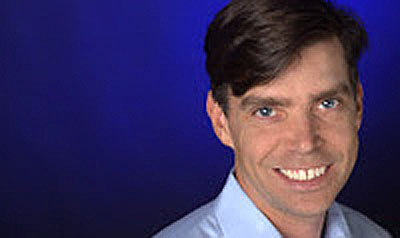 At last week's Xconomy Robo Madness event, we heard Willow Garage (WG) founder (and principal funder) Scott Hassan say that Willow Garage was alive and well and perhaps would focus on climate change and other massive social problems in the near future. This combined with the fact that WG has/had interests in all of WG's 8 spin-off companies – two of which sold to Google late last year – suggests current and future income from those entities may fund the new projects Hassen suggested. Or Hassan may supplement the funding himself with the same goals he had with WG: to speed up the development of service robotics by providing developmental tools such as the PR2 robots and the ROS operating system.

In a presentation about low-cost mobile manipulator robots by Melonee Wise, CEO of Unbounded Robotics, one of the 8 WG spin-offs, Wise described a WG project she headed which developed plans, renderings, simulations and foamboard prototypes of a line of mobile robots similar to her company's product line. But she also described products not in the UR line, mobile bots with and without arms.

This brings up start-up company Savioke, not officially a WG spin-off, but all (but one) of the Savioke team are ex-WG people and Savioke CEO Steve Cousins was the CEO of WG. Savioke just got $2 million in seed funding and, although tight-lipped about specifics, says that they will have a mobile service robot available for trials by year-end. One of the funders was Google Ventures and last year Google acquired two of WG's spin-offs.

As the lines continue to blur between industrial and personal robotics industries, Google Ventures is thrilled to be working with an exceptional group of people at Savioke. Steve and his team already have had a lot to do with moving the robotics industry forward. The next act promises to be even more revolutionary.

The Savioke website narrows his broad statement to focus on health care – to improving lives by deploying service robots in the places where people live and work, to use technology to overcome disabilities. This is a tough field to cover with today's technology. Human-robot communication, speech recognition, vision, battery power, flexible mobility and navigation are all challenges that need to be conquered. Tandy Trower, CEO of Hoaloha, a start-up attempting to provide healthcare service robots said:

I can say that regardless of whatever hardware they may be using/developing, it will take them awhile to get to market with a successful product. The deeper I get into this myself (and we are making great progress), the more work I still see that we need to do, and most of it is on the software side. Even using the assets of ROS won't do it. So much of this seems like from the surface it should be trivial, but is much harder to do.