Continue to Site
By Frank Tobe, Editor, The Robot Report 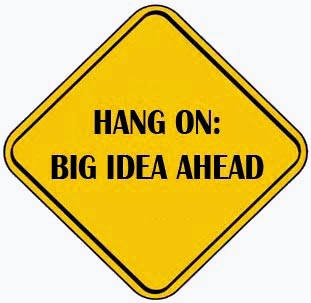 A The Robot Report reader asked a question that addresses a subject I’ve spent a lot of time thinking about — “are there any big ideas you think the mainstream is still missing [about robotics]?”

When PCs became available in the early ’90’s, key software that people wanted was also available and could only be operated on PCs:

Rodney Brooks, of Rethink Robotics, iRobot and MIT fame, has been preaching that if you provide a cheap enough plug and play robot to small shops and factories, the workers themselves will find uses for them doing the drudge work they don’t like to do thereby making them more likely to be more productive doing the things they do like to do. Because of all the worldwide media attention in the last few years, including the financial media, business people are beginning to grasp Rod’s message. And, as occurred in the ’90’s, once they understand the concepts, they can visualize how they can use them and then they become willing to buy.

I see that happening now in labs, small shops and medium-sized businesses around the world. In business, it’s becomming common knowledge that robotic assistance is needed to keep jobs, increase productivity and lower overall costs – manna for executives everywhere.

Furthermore, I see movement from devices (appliances, tools, cars) to smart devices and then to interconnected smart devices and finally to fully autonomous robotic-like devices. This will require new definitions of what a robot is. Robotic-like devices already exist in many fields (finance, diagnostics, etc.). Progress is being held up by limitations in the software that it takes to perform artificial intelligence. But that field is progressing at an accelerating pace and being commercialized as rapidly (e.g., Stanford’s Andrew Ng is now chief scientist running Baidu’s artificial intelligence research labs in Sunnyvale and Beijing).

The remainder of this decade has so many disruptive moments in store for it:

One can barely contemplate the disruption happening from 2020 on!