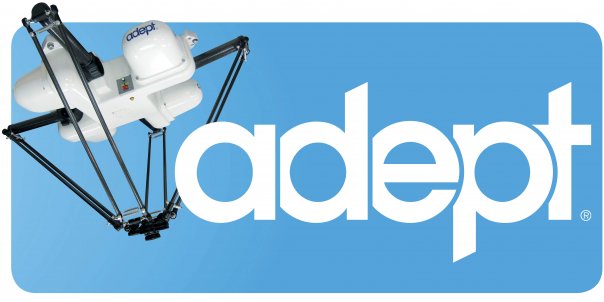 Adept Technologies (NASDAQ:ADEP) has been in the financial news for months. First because of poor financial showings; then because of a management shakeup; and recently because the “turnaround plan” has worked well enough that shareholders are bidding the stock up to new highs.

In 2010 Adept Technologies acquired MobileRobots and began a process of professionalizing their mobile robots to Adept’s and their customer’s standards — a process that culminated in 2012.
But by 2012 Adept’s earnings were negative and sales were going down. There were layoffs and shifts in people and activities. This lead to a board- and VC-mandated restructuring plan which sent out Rob Cain as an advisor/consultant to develop that plan.
In early 2013 the results were that the CEO was replaced by Cain and the company instituted a series of actions to become profitable. But when this happened there were many rumors and blog reports that the company was to be sold off for it’s patents, customer list and facilities. Others suggested that it was going into bankruptcy.
Last week, the most recent quarterly earnings report came out and it showed that three things happened: (1) the big losses were quelled – the company broke even; (2) clients were buying Adepts products; and (3) the company was focusing on reducing costs, increasing sales and quality. One analyst reported: “While the June 2013 quarter represents a tentative improvement, it shows demand for Adept’s robots is returning and the company has a much lower cost structure than one year earlier.”
The stock rallied to close at $5.90 – an increase of 126% year-to-date yet the market cap is just $64 million. A small price for a good company.

This may be the perfect time for Adept to be acquired. All the big contract manufacturers are buying robots and creating internal robot operations. Foxconn has even set up its own Foxbot line of robots. Flextronics (NASDAQ:FLEX), Foxconn (TPE:2354), Jabil (NYSE:JBL), Celestica (TSE:CLS), New Kinpo, Plexus (NASDAQ:PLXS) and Benchmark (NYSE:BHE) are perfect candidates.

We’ll just have to wait and see.