ABB Robotics introduced the IRB 2600, the latest model in its medium capacity range of multipurpose robots. This robot is compact but with an ultra-wide working range and a payload capacity up to 20 kg.  It also offers the best accuracy and speed in its class, improving productivity through increased output, faster cycle times and lower scrap rates.  It is suited for arc welding, machine tending, material handling and a variety of process applications.

The IRB 2600 is the second introduction from ABB’s fourth-generation of midrange industrial robots, a structured portfolio redesign that began with the 2009 introduction of the IRB 4600 family of robots in the 20 to 60 kg payload range.  At weights of 284 kg and 435 kg respectively for the heaviest models, the IRB 2600 and IRB 4600 are among the lightest robots available in their payload ranges.

–Flexible mounting.  It can be floor-, wall-, invert- or shelf-mounted, reducing floor space requirements and increasing access to the equipment being served. Wall-mounting is a new possibility for a robot of this size. These features enable more creative cell designs, more efficient use of available space and easier integration into existing production lines.

–Compact and lightweight:  The robot has a total arm weight of less than 300 kg and occupies less floor space than other robots in its class. This makes it easier for the arm to reach down below its own base, allowing for smaller production cells.

–Speed and improved cycle times:  The IRB 2600 is quick and can improve production cycle times by up to 25%. The high joint speeds and quick acceleration are achieved by combining new lightweight mechanical linkages and ABB’s patented second generation QuickMove™ motion control technology.

The IRB 2600 family contains three versions: two short arm variants (1.65 m) for 12 or 20 kg payloads, and a long arm variant (1.85 m) with a 12 kg payload.  With the wrist vertical, up to a 27 kg payload is achievable for pick and place packaging applications. The robot has as standard Ingress Protection (IP) 67 rating and “Foundry Plus 2,” a further protection level, is available as an option.

ABB Robotics introduced the IRB 2600, the latest model in its medium capacity range of multipurpose robots. 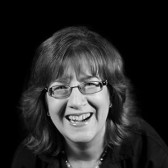